Tries either side of half time proved to be a key factor as Brisbane downed a much improved Toyota Cowboys NYC outfit 24-16 at 1300SMILES Stadium tonight.

The fourth-placed Broncos turned a two-point lead into a healthy 14-point advantage with their strikes before and after the break and then held off a late resurgence from North Queensland, who were looking to climb from 13th on the ladder.

Debutant Rainer Power was impressive on the right wing for the Cowboys and was rewarded with a second-half try, while halfback Cooper Bambling also showed he was at home in the under-20s competition in his first appearance. 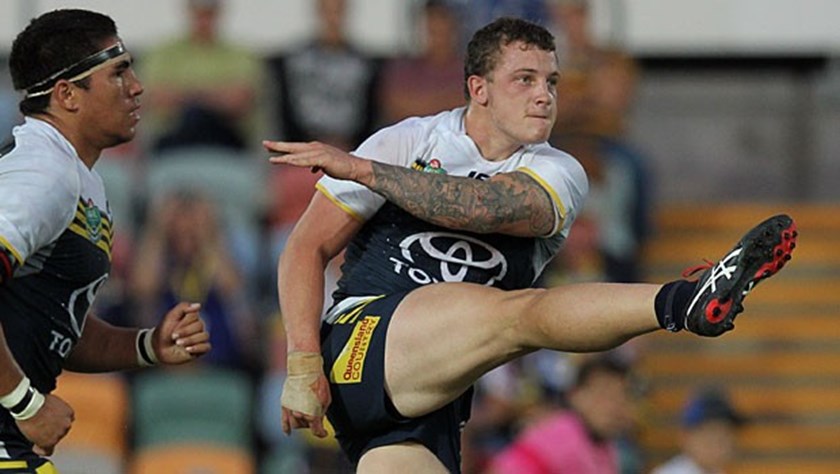 It didn’t take long for the Mal Meninga Cup winner with the Townsville Stingers to leave his mark in attack in Cowboys colours.

In their first real chance at points following a Brisbane error, Bambling threw a pinpoint cut-out ball to his left to set up the opening try to winger Scott Schulte after six minutes.

There were also good early signs in defence for NQ who held out for three sets on their own goalline in the opening 15 minutes.

With 11 minutes left until the break, Brisbane hit the lead for the first time thanks to winger Paul Byrnes, who finished off a sweeping move to the right.

Nikorima missed with both conversions to have NQ only trailing by two.

In a very even contest, Andrew Niemoeller almost put the Cowboys back in front, losing control just as he was about to ground the ball for the home team’s second.

It proved to be a costly let off.

As time was running out in the opening 40, Brisbane managed to take an eight-point lead into the break thanks to a show-and-go from hooker Jayden Berrell, who touched down under the posts.

Within 50 seconds of the restart, and without the Cowboys getting a touch of the footy, the Broncos built their advantage to more than two converted tries with a four-pointer under the posts.

Power’s debut try came thanks to good lead-up work after a scrum win from fullback Alex Grant and the winger almost created another for NQ, breaking clear on halfway before his pass inside to Delayne Ashby went to ground.

Berrell nabbed his second from a sixth-tackle grubber and it was left to Cowboys bench forward Viliame Kikau to finish the scoring when he managed to get the ball down despite being surrounded by Broncos defenders in the 77th minute.