The Leukaemia Foundation is $22,500 better off thanks to the efforts of five hairy North Queensland Toyota Cowboys, major sponsors Tropic Petroleum and the generosity of Cowboys members and supporters.

Cowboys NRL squad members James Tamou, Rory Kostjasyn, Joel Riethmuller, Anthony Mitchell and Ashton Sims committed themselves to this year’s World’s Greatest Shave and today had the $10,000 they raised through online donations and a collection at the round one home game against Canberra matched dollar-for-dollar by Tropic Petroleum, bringing Tropic's total contribution to $12,500.

The clippers came out at the Leukaemia Foundation’s Townsville office this morning when Tropic CEO Jamie Regan joined Kostjasyn, Riethmuller and Mitchell in having his head shaved to show his support for the cause.

Tamou lost the big, bushy beard that he started growing prior to last year’s Rugby League World Cup and Sims had his hair coloured Cowboys blue.

“The beard had to go and for it to help raise more than $20,000 for the Leukaemia Foundation is a huge bonus,” a fresh-faced Tamou said.

“I was pretty keen to take part when the boys first started talking about being in the World’s Greatest Shave this year.

“The support we have had has been great to see and for Tropic to come in and double our total is just amazing.”

Sims had a special reason to support the World’s Greatest Shave – one of the students at his Adopt-a-School has recently been diagnosed with leukaemia.

“It definitely hits you when you hear news like that,” he said.

The World’s Greatest Shave is the Leukaemia Foundation’s most important fundraiser, providing vital funds to help lessen the impact for people affected by blood cancer.

“We’re just so thankful for what the Cowboys and Tropic Petroleum have achieved with the World’s Greatest Shave this year,” Leukaemia Foundation of Queensland’s Louisa Calvert said.

“The boys came to us with the idea of raising some money for the Foundation and they’ve ended up surpassing their target of $20,000 which is a wonderful achievement.

“We’d like to thank everyone who donated to the Cowboys and especially thank Jamie and Tropic Petroleum for contributing $12,500.”

You can still donate to Team Cowboys – go to: my.leukaemiafoundation.org.au 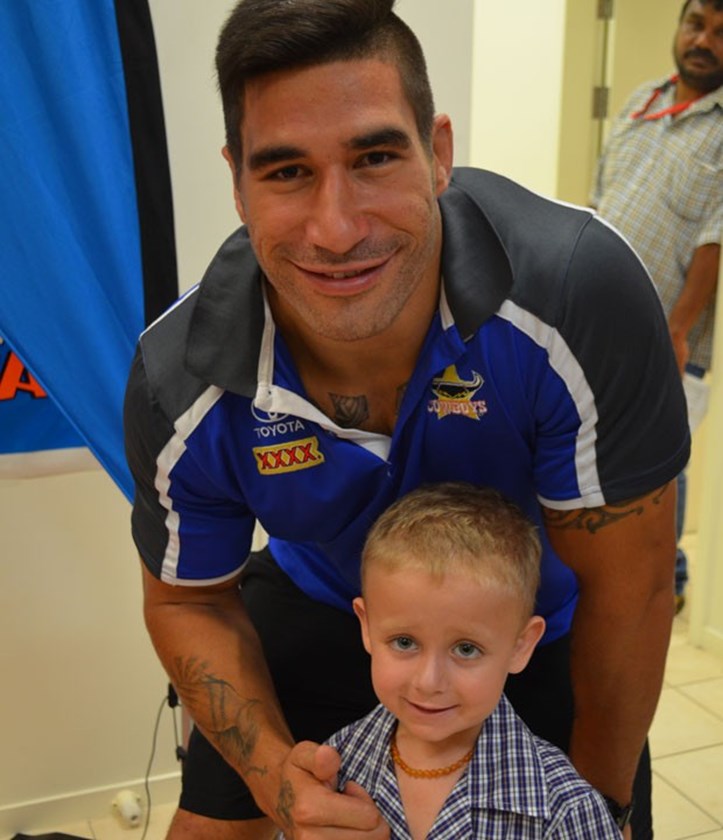